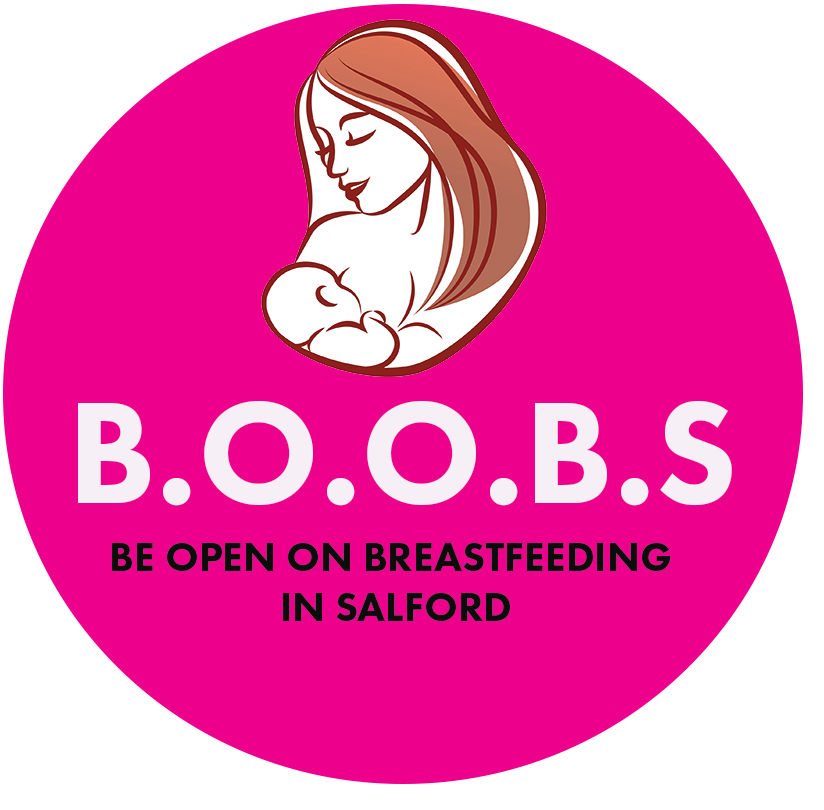 In the lead up to our Tetas, Toddlers and Tapas event, we are talking all things breastfeeding and toddlers this week by showcasing stories from mums who have breastfed past 12 months.

This is Faye Stafford’s story.

When I got pregnant with my second child I couldn’t wait for a successful breastfeeding journey. With so many issues with my first baby I was unable to feed beyond a few weeks. He had tongue tie/infection/reflux and was born a month early. I ended up with PND as we fought the doctors and consultants until they gave us some medication and milk that suited him and he finally stopped crying and settled down. This time round I was more determined to get prepared. I contacted BOOBS and got some really good information off Kimberly, about local groups and lots of other support available to me once baby was born.

I had the best birth experience with Heidi. Labour was just a couple of hours and I got the water birth and delayed cord clamping and skin to skin which I didn’t get first time round. She was latched really quickly after birth and things started off well. She was a content baby.

A few weeks later, just when I was getting the hang of jugging a toddler and a newborn, my nipples became very sore. I don’t think any amount of preparation could have prepared me for my baby being breastfed what seemed constantly. I tried everything to help them heal and ease the pain, all the usual creams and techniques, changing positions etc and nothing seemed to work. When they started to bleed I sought help from my midwife and also a breastfeeding support worker. They checked my latch and all they could put the pain down to was Heidis shallow latch. She wasn’t a baby who fed for hours falling asleep. I’d had to buy nipple shields to give my boobs a break which I used for two weeks until I’d healed. She was off and on every ten minutes some days this was of course normal for a newborn baby who was trying to build supply.

I wanted to come off the shields so I paid for a private lactation consultant who came to my house and it was the best thing I ever did. She showed me different positions and listened to all my issues. She was called Shel Banks and literally saved my breastfeeding journey.

After six weeks things were much better, I’d come off the shields and we continued brilliant and hit our first milestone of six months. Weaning went well at six months although I puréed first before finger foods a few months later which worked for us.

I’d kept Kim from BOOBS updated with my progress and she invited me to be part of their breastfeeding calendar which then moved onto me becoming once of their first BOOBS volunteers along with a lady called Rachel. Together we visited local playcentres and venues to get them BOOBS approved and took part in interviews on the radio and even Granada news to talk about BOOBS and the calendar. The volunteering helped me massively as it gave me something positive to be part of during my maternity leave as well as gave me friends and a reason to get out of the house as maternity leave can be quite a lonely time.

I made sure I attended a local baby massage class with my friends Vic and Emma, and this together with volunteering definitely stopped the PND kicking back in the second time around. Without these girls and this support network I would have been truly lost. We still chat and see each other now, but struggle for regular catchups as I work full time. We are always on the end of a call or text for each other though which is how it should be. Two other friends Zoe and Elanor were both a massive support as they too were breastfeeding and continued for a few years like me.

We got to 12 months and Heidi was so happy feeding and we were both enjoying it so much. That’s when I decided to go to the WHO guidelines target of minimum two years.

I returned to work after 12 months, pumped for a few weeks on my lunch to regulate my supply but after that it was okay. She wanted “boob” as she fondly called it though the minute I walked through the door. I literally had to drop my bags take my coat off and feed her. I didn’t mind though and it worked for us both this way.

I think some family and friends thought I would stop and six or twelve months so when I carried on I think a few were shocked and surprised. I don’t think anyone in my family had breastfed longer than six or twelve months and certainly not until two years. My husband was massively supportive and proud of my feeding. So much so that he suggested a family shoot in the park with a few breastfeeding shots which we did just after Heidi’s second birthday.

Co sleeping for the first 18 months definitely helped our breastfeeding journey. This is another reason my husband had to be on board as he spent a lot of time in the spare room to get a decent nights sleep. At this point we were only feeding first thing in a morning and last thing at night. Another big source of support was my mum Jayne who breastfed both me and my brother for 6 months.

Once we reached the WHO two year target we were both still enjoying our breastfeeding journey, so carried on going. In the blink of an eye she turned 3 and started school in the September. She was noticing other children her age weren’t feeding and started saying she was a big girl now and didn’t need booby any more. We decided together that once she started nursery we would stop but at the same time I was upset that our breastfeeding journey was going to come to an end. It was such a special yet emotional time for us both. Part of me wanted to continue feeding her during that transition into nursery, as she wasn’t using a dummy now and I was worried how she would cope without having breastfeeding as a comfort for her.

I needn’t have worried. We spoke about our journey coming to an end every now and again over the summer months and I think I was more upset than she was to be fair.

One thing that surprises me now, which is just over a year since we stopped feeding, is how much she loves and respects my boobs. She often kisses my chest and when I ask her why she says she loves them. I find that sweet. She watches other mums feed with love and admiration. I’ve seen other children of a similar age in play centres point at breastfeeding mums and ask what’s going on, it’s as if they hadn’t seen a woman breastfeed before. I love that both my children know what breastfeeding is.

If I had any advice to give to new mums, or mums who have been feeding a while the only thing I would say is well done and keep up the good work. Breastfeeding is such a wonderful experience and make sure you enjoy every second. If it’s tough or you aren’t enjoying it and want to continue then seek appropriate help. What helped me continue in the beginning when it was tough and again after 12 months was remembering how down and upset I was about not having a positive experience first time round. I think resilience during tough times is key. If it’s what you really want then don’t give up at the first hurdle because I promise you it will all be worth it in the end.

Breastfeeding is and always will be my biggest and most proudest achievement to date, apart from becoming a mum of course.

Have you breastfed your toddler past 12 months? Let us know how your journey has been so far!

BOOBS is part of Visit From The Stork CIC

Visit from the Stork CIC is a registered Community Interest Company. Company Number 08963615